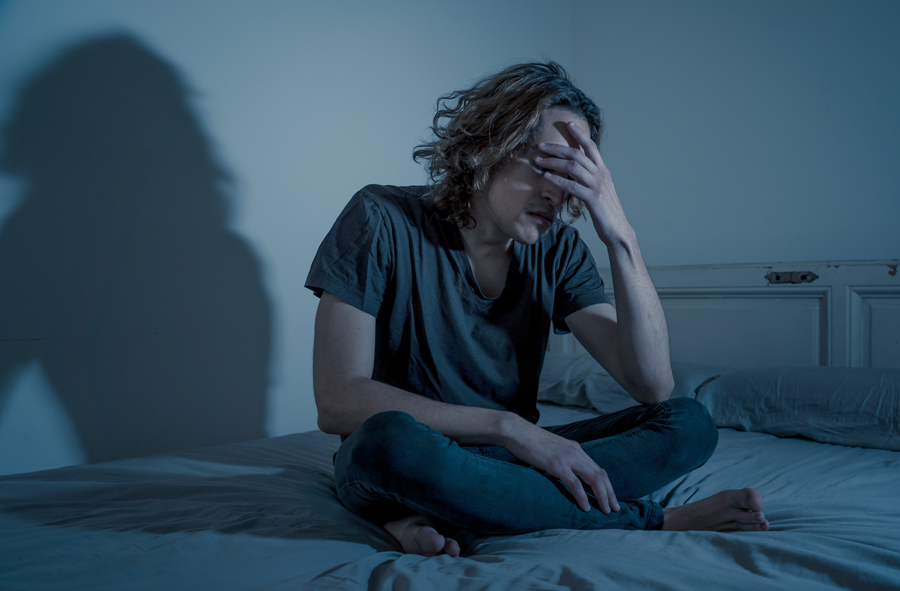 “Global psychiatry is facing a crisis, which to a large extent is a moral crisis, or a crisis of values.” – Dainius Pūras, M.D., Former United Nations Special Rapporteur

Former United Nations Special Rapporteur Dainius Pūras, M.D., in a recent interview with Psychiatric Times, spoke of “the obstacles to the realization of mental health rights,” which include the reliance upon “the biomedical model and biomedical interventions” and “biased use of knowledge and evidence.” As such, he stated, we shouldn’t be surprised that “global psychiatry is facing a crisis, which to a large extent is a moral crisis, or a crisis of values.”[1]

He was “critical about the effects of totalitarian and authoritarian regimes on societal mental health and well-being.”

Biomedical interventions have led to nearly 77 million Americans taking prescription psychotropic drugs and 100,000 being subjected to electroshock treatment each year, some 5 years of age or younger. That these can be forced upon individuals is part of the moral crisis in psychiatry.

“This is what happens when we try to use brain chemistry to manage societies undergoing difficult and complicated transitions,” Dr. Pūras said. Further, “We should not forget many sad episodes in the history of psychiatry, and they often happened because values were undermined in the name of dubious or arbitrary evidence.”

Coercive psychiatry has also meant that too few psychiatrists are held responsible for enforcing treatment because it is sanctioned by law.

According to Dr. Pūras, “…the problem of accountability in global mental health and psychiatry remains very serious.”

In 2017, he called for a revolution in mental health care around the world to “end decades of neglect, abuse and violence.” He wrote: “There is now unequivocal evidence of the failures of a system that relies too heavily on the biomedical model of mental health services, including the front-line and excessive use of psychotropic medicines, and yet these models persist.”[2]

The Psychiatric Times notes that this report “provoked a rather spirited debate in academic journals such as the Australian & New Zealand Journal of Psychiatry, where you were accused of having an anti-psychiatry bias.” But Dr. Pūras responded: “The most worrying feature of psychiatry is that the leadership, under influence of hard-liners, tends to label those experts who blow the whistle and critically address the status quo as anti-psychiatrists… if influential psychiatrists continue to repeat that values are not a priority in mental healthcare, we should not be surprised that global mental health and global psychiatry is facing a crisis, which to a large extent is a moral crisis, or a crisis of values.”

Since its inception in 1969, CCHR—supporting the views of its co-founder, the late Dr. Thomas Szasz, a professor of psychiatry and Fellow of the American Psychiatric Association—has condemned coercive psychiatry, including involuntary detainment, deprivation of liberty and treatment against a person’s will. It has fought for legal rights and representation, now enshrined in some of the more than 190 laws it has helped get passed worldwide to protect patient rights. (See CCHR’s Accomplishments and CCHR’s Mental Health Declaration of Human Rights.)

In October 2020, the World Psychiatric Association ceded to the international outrage over psychiatric coercion, issuing a Position Statement called “Implementing Alternatives to Coercion: A Key Component of Improving Mental Health Care.”[3] CCHR says it’s a step in the right direction, but is not embraced in the U.S., based on evidence of documented abuses and restraint deaths.

The WPA says coercion in psychiatry is “over-used,” contravening patients’ rights—although CCHR says it should never be used. The WPA statement includes violations of “rights to liberty; autonomy; freedom from torture, inhuman or degrading treatment….” Practices that constitute coercion, it points out, include, “treatment without consent (or ‘compulsory treatment’), any form of treatment including the use of psychotropic medication; seclusion locking or confining a person to a space or room alone; restraint actions aimed at controlling a person’s physical movement, including prolonged or unsafe holding by other person(s), the use of any physical devices (‘mechanical restraint’, chaining etc.) and the use of psychotropic drugs for the primary purpose of controlling movement (‘chemical restraint’).”

It warns that the use of coercive practices “carries the risk of harmful consequences, including trauma” and individuals subject to physical coercion are susceptible to harms that include physical pain, injury and death.”

Yet, as CCHR has documented, these are all common practices in the U.S., with restraint deaths in for-profit psychiatric facilities making recent national news, and Utah already passing a law in 2021, restricting restraint use. But little else has been done within the mental health industry to curb or eliminate coercion in the system.

“American psychiatry seems to have missed the memo,” Jan Eastgate, president of CCHR International said. “Involuntary commitment laws are being used to detain mental health patients for profit, and to forcibly drug, shock and restrain them. The system is only worsening and such abusive practices need to be stopped and eliminated.”

Dr. Pūras is “convinced that democracy is a must for promotion of good mental health.”

CCHR points to the massive marketing of “mental health” in the U.S., obfuscating the fact that the treatments relied upon can cause mental “ill-health,” physically damaging millions. This includes psychotropic drugs that when their serious adverse effects became evident, including violent and suicidal behavior, suddenly psychiatrists blame the failure of these treatments on the patients’ unproven theory of “treatment-resistance.” Today, television advertisements tell Americans that if your antidepressant doesn’t work, add an antipsychotic—an “upper” and “downer” chemical fix.

“The amount of potential long and short-term adverse effects from this combination alone, can cause potent duress on the body,” said Eastgate.

She cites, too, the brain-damaging and memory loss side effects of electroshock. Other brain-tampering procedures are also used—first promoted as the latest miracle methods and shortly afterwards, the debilitating effects emerge. Add to that, hallucinogenic drugs, banned some forty years ago, are being revived as potential replacements for antidepressants or other drugs that failed.

All this belies a recently launched SAMSHA Public Service Announcement asserting “Mental Health Treatment Works,” Eastgate says. “It appears that a massive marketing campaign is driving more Americans to seek treatment and without accountability for the failures of earlier treatment. It is unconscionable that such failures can also be legally forced on individuals,” Eastgate said.

Adding weight to Dr. Pūras’s concerns are comments from others considered international experts within their own field.

Professors of psychiatry, Sashi P Sashidharan, and Benedetto Saraceno, former director of the World Health Organization’s (WHO) Department of Mental Health and Substance Dependence, discussed coercive psychiatry in an editorial published in the internationally respected British Medical Journal in 2017: “The rising trend is damaging for patients, unsupported by evidence, and must be reversed. Coercion in its various guises has always been central to psychiatry, a legacy of its institutional origins.”[4]

In 2018, Dr. Tedros Adhanom Ghebreyesus, Director-General of WHO noted in a UN meeting on human rights in mental health: “Around the world, people with mental health conditions and psychosocial disabilities… are frequently locked up in institutions where they are isolated from society and marginalized from their communities. Many are subjected to physical, sexual, and emotional abuse and neglect in hospitals and prisons, but also in the community. People are also deprived of the right to make decisions for themselves about their mental health care and treatment, where they want to live, and their personal and financial affairs.”[5]

During a UN meeting on mental health and human rights, the UN High Commissioner on Human Rights, Mr. Zeid Al Hussein noted: “Psychiatric institutions, like all closed settings, generate exclusion and segregation, and being forced into one amounts to arbitrary deprivation of liberty. They are also, often, the locus of abusive and coercive practices, as well as violence potentially amounting to torture.”[6]

Dr. Pūras told Psychiatric Times: “Coercive practices are so widely used that they seem to be unavoidable, but I suggest turning our thinking and action the other way around. Let us assume that each case of using nonconsensual measures is a sign of systemic failure, and that our common goal is to liberate global mental healthcare from coercive practices…. If we do not move in this direction, arguments for coercion will continue to be used, and misused.”

Further, “If there is an agreement, even at the level of the UN Human Rights Council resolutions, that human rights violations remain widespread within mental healthcare systems, who is accountable? Accountability for serious harms is important, but I would opt for structural change. Structural change will guarantee that days of discrimination and human rights abuses are over, and that the harms will not be repeated.”

Dr. Pūras was asked about his view regarding the “elimination of all forced psychiatric confinement and treatment as the eventual ideal that we should aim at.” He responded: “I recognize the serious arguments of professionals who warn against a prohibition of forced treatment. They insist on retaining legal permission to treat individuals with serious mental health conditions involuntarily in exceptional circumstances in ways that preserve dignity and autonomy. However, these good intentions are failing.”

Dr. Szasz spent a lifetime speaking out against involuntary commitment, stating: “Involuntary mental hospitalization is like slavery. Refining the standards for commitment is like prettifying the slave plantations. The problem is not how to improve commitment, but how to abolish it.”[7]

CCHR will continue its mission to clean up the field of mental health and eliminate coercive psychiatry. It encourages people to report psychiatric abuse to it. See also, CCHR’s most recent report on psychiatry’s international crisis.[8]

[2] https://www.cchrint.org/2021/03/08/resource-on-why-psychiatry-is-upset-about-its-failures-and-critics/, citing: “World needs ‘revolution’ in mental health care – UN rights expert,” 2017, http://www.ohchr.org/EN/NewsEvents/Pages/DisplayNews.aspx?NewsID=21689&LangID=E#sthash.MMIxDbIx.dpuf; A/HRC/35/21, “Promotion and protection of all human rights, civil, political, economic, social and cultural rights, including the right to development,” Report of the Special Rapporteur on the right of everyone to the enjoyment of the highest attainable standard of physical and mental health, Human Rights Council Thirty-fifth session, Agenda item 3, 6-23 June 2017, available at: https://digitallibrary.un.org/record/1298436?ln=en